Afraid of spiders? You will be after you watch these creepiest spider horror movies of all time. (Psst! Pass the popcorn.)

Disclosure: Some of the links on this site are affiliate links (usually marked with an *). This means that, at no extra cost to you, we will earn an affiliate commission if you click through the link and finalize a purchase. Thank you for supporting us! As an Amazon Associate, I earn from qualifying purchases.

After a long absence, Chris McCormick returns to his quiet hometown of Prosperity, Arizona, to reopen his late father’s mines. However, a chemical spill and lethal toxic waste have created an unstoppable army of giant spiders who prey on the unsuspecting locals, turning Prosperity into an endless buffet. Now, it’s up to Chris; Sheriff Sam Parker; her son Mike; Sam’s plucky daughter, Ashley; the conspiracy theorist, Harlan, and a handful of survivors to stop the hairy menace, and save the town. But, who can stand in the way of the disgusting eight-legged freaks?

Arachnophobia was made in 1990, directed by Frank Marshall, starring Jeff Daniels and John Goodman.

A species of South American killer spider hitches a lift to the U.S. in a coffin where it mates with a local spider. Soon after, the residents of a small California town disappear due to spider bites from the deadly spider offspring. It’s up to a couple of doctors aided by an insect exterminator to annihilate these deadly spiders before they take over the entire town.

This adventure comedy was directed by Mike Mendez, and stars Greg Grunberg and Lin Shaye.

Once more, a failed military experiment spawns an abomination. This time, a not-so-itchy-bitsy spider finds its way into the silent morgue of an L.A. hospital, and since then, the mutated creature keeps getting bigger and bigger. Now, it’s up to an unproven hero, the neighbourhood’s exterminator and bug expert, Alex Mathis, to enter into the spider’s mind, and save the city–and perhaps, the world–from an ever-growing menace that threatens to level everything in its path. It’s hairy. It’s hungry. It’s the mother of all spiders. Can Alex stop the eight-legged behemoth before the U.S. Army takes over?

When a young ski team training for the Olympics arrives at the remote, isolated Lost Mountain Ski Resort to focus on training, they’re thrilled to find a retired Olympic skier there to help them train. But their plans are halted when a scientist working at a nearby government lab arrives with the horrifying news that a top-secret Government project has produced giant spiders and they have escaped, killing and eating everything in sight.

The old days of glamour long forgotten, Colton West, the once-popular movie star and action hero from the 90s, is now reduced to acting in low-budget movies. Volcanic eruptions in Los Angeles unleash a swarm of gigantic, lava-breathing tarantulas. Colton needs to find his family before it’s too late. Once more, this intrepid man of action will have to do what he knows best, armed only with a shotgun and the will to survive. But what can a single man do against an endless army of monstrous Lavalantulas?

Want some spider themed goodies to nosh while watching your spider horror movie?

Check out our spider themed recipes to level up your movie night experience.

Scare them when they arrive!

When everyone shows up for your spider movie fest – or trick or treaters – scare them with this giant spider.

Did you watch any of these spider horror movies? Tell us what you think in the comments below. ⬇️

Give us your review of the movie you watched. (Include a photo!)

Are there any spider horror movies that we should add to the list? 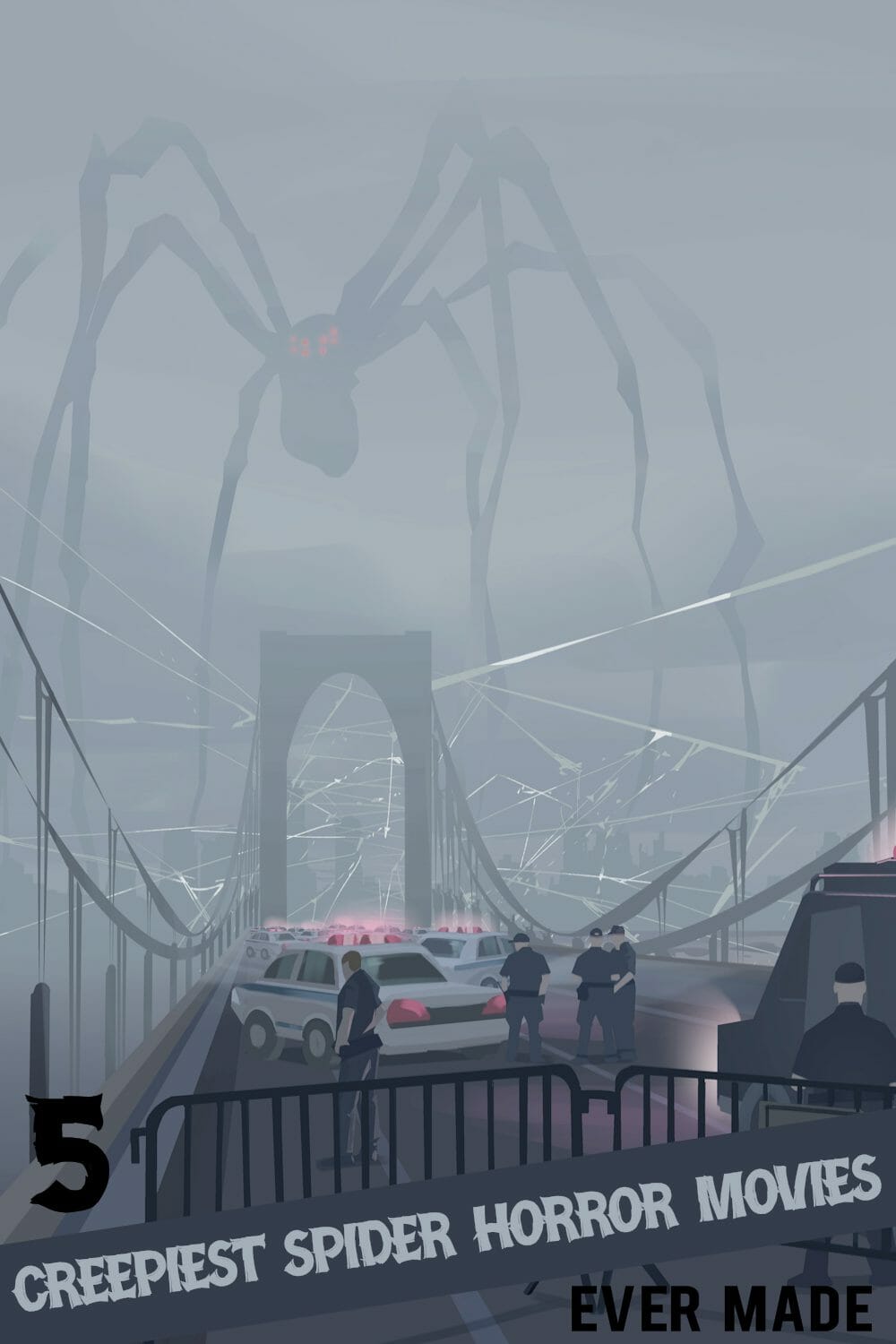